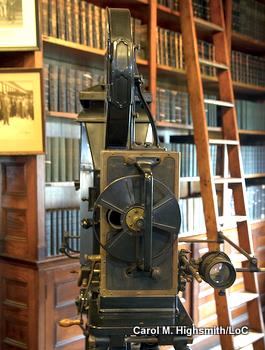 "Persistence of vision": How the eye fools the brain

Animation: Persistence of vision: I made this little flick book animation by drawing eight frames (eight separate images) and running them together to make a single animated artwork (an animated GIF). Each frame stays on the screen for 50ms (50 milliseconds—one twentieth of a second) except the final frame, which lasts 500ms (a half second). Persistence of vision makes it look like a relatively smooth bit of ball kicking—and it would look even better if I used more frames and a shorter duration for each.

Open up a movie camera or camcorder (a compact electronic video camera) and you'll find all kinds of mechanical and electrical parts packed inside. But the basic science behind making movies has nothing to do with

You've probably done that trick where you make a flick book (sometimes called a flip book) by drawing little stick people on the corner of a pad of paper and flicking them with your fingers so fast that they hop, skip, and jump. When your eye sees a series of still images (or "frames") in quick succession, it holds each image for a little while after it disappears and even as the next one starts to replace it. In other words, each picture leaks into the next one, so they blur together to make a single moving image. This is known as the persistence of vision and it's the secret behind every movie you've ever seen.

It's not just flick books that use persistence of vision. Before movie cameras and projectors were invented, 19th-century toy makers were using the same idea to make relatively crude animated films. A typical toy from this era was called the zoetrope. It was a large rotating drum with thin vertical slits cut into its outer edge. Inside, you placed a long strip of paper with small colored pictures drawn on to it. Then you rotated the drum to make the pictures blur together (just like a flick book) and looked down through one of the slits to watch them. Here's a great photo of a restored zoetrope by Andrew Dunn. 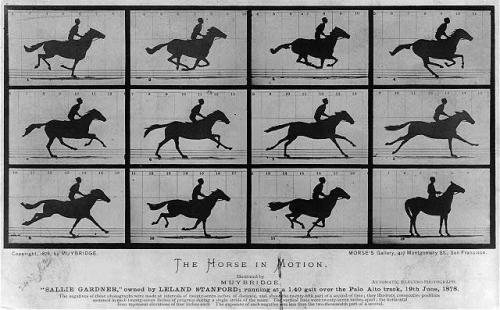 Photo: Few things illustrate how movies work better than Muybridge's amazing photos. Here's a sequence he made called "The Horse in Motion." Photo courtesy of US Library of Congress.

It's a relatively small step from flip books and zoetropes to fully fledged movies. The theory of making a movie is just as simple: you take thousands and thousands of still photographs one after another. When you play them back at high speed, they blur into a single moving image—a movie.

A famous American photographer called Eadweard Muybridge (1830–1904) was one of the first people to show how one moving picture could be made from many still ones. Using multiple cameras arranged in rows, he took series of photographs of galloping horses and vaulting gymnasts.

A movie camera or camcorder simply automates what Muybridge did by hand. Classic movie cameras are largely mechanical and capture images on moving plastic film; they're examples of what we call 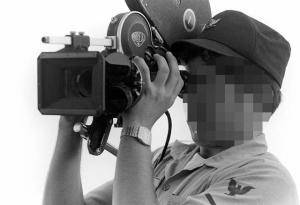 Photo: At first glance, this old-style Arriflex film camera looks quite like a modern camcorder—but look closer. On top, you can see a big oval-shaped case where a huge reel of film is stored. If you were standing next to this camera, you would also be able to hear a

How a film movie camera works 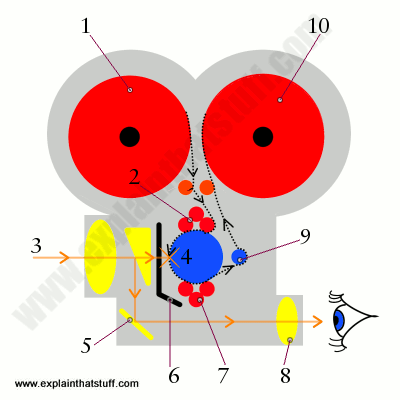 Mechanical movie cameras barely changed at all, from their invention in the late 19th century until the development of video cameras and camcorders almost a century later. That's evident by comparing the diagram above with this illustration of one of the very first movie cameras, Thomas Edison's Kinetograph, which dates from 1891. 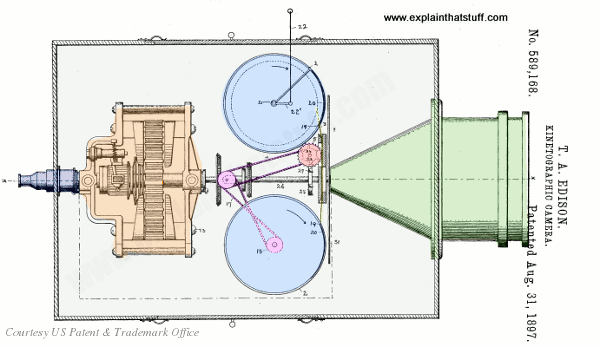 Artwork: This version of Edison's Kinetograph (which is not the original) took photos onto a film punched with little sprocket holes, just like the classic camera illustrated above. The film unrolled from one large reel (light blue) to another, advanced by a gear wheel with teeth (red) powered by pulleys (purple) driven by an electric motor (orange). The large lens is on the right (green) and the viewfinder on the left (dark blue). From US Patent 589,168: Kinetographic camera by Thomas Edison, patent filed August 24, 1891 and granted on August 31, 1897, courtesy of US Patent and Trademark Office. 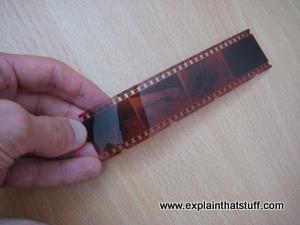 Photo: A typical piece of film. Notice the little square sprocket holes running down the two edges? The sprocket wheel in the camera locks into these holes to pull the film through the mechanism. If you look closely, you can just about see that there are four frames (four separate still photos) on this strip. The camera shutter opens at precisely the moment when each frame of the film arrives exactly in front of the lens and closes when the film starts to move on to the next frame. And this happens 24 times each second! Without the sprocket holes, it would be difficult to move the film without it slipping and hard to ensure that the frames of the film were correctly positioned to coincide with the opening and closing of the shutter. 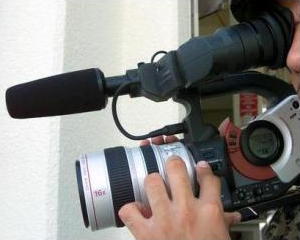 When video recording was invented, photographic film was replaced by

How to make a movie with your phone or digital camera 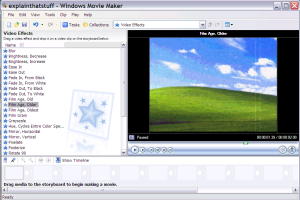 Photo: It's easy to add special effects to your movie with software like Movie Maker, a program packaged with older versions of Microsoft Windows. With a preview of your movie in the right-hand pane, you can click through a whole list of visual effects on the left, including transitions, fade-outs, and making your movie look old and crackly like a silent movie from the 1920s!

Virtually all smartphones (and most digital cameras) let you capture video as well as still photos, so you don't need a movie camera or camcorder to win an Oscar! Maybe your ambitions aren't quite so grand: perhaps you'd just like to record a YouTube video or a holiday film for your family? If you've never tried home movie making, why not give it a go? Here are a few basic tips: